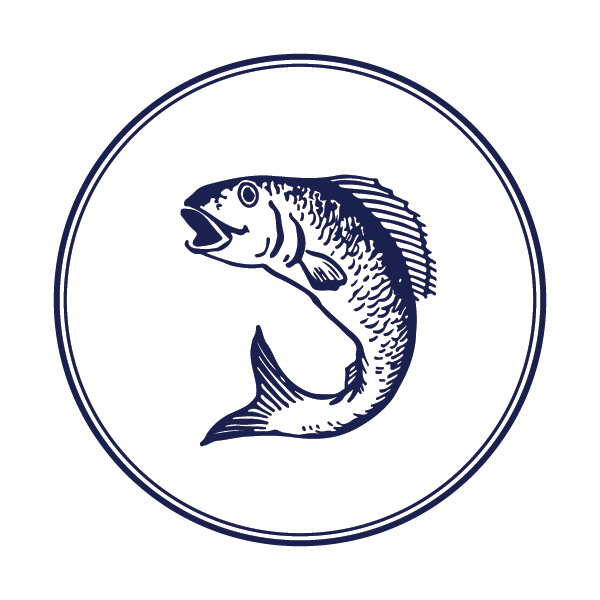 The market was established under the Teutonic privilege and was intentionally placed in this place, near the gates of the castle that was once here. It was supposed to make it easier for the knights of the order to pre-empt the more beautiful fish. Over time the Fish market divided, into a Rear Fish Market also called the Potato Fish Market, separated with a frontage of houses, where vegetables were traded, and a long strip along the river bank called “Rybackie Pobrzeże”, where fish and goods were traded straight from the moored ships. This place had a specific folklore about it, mainly owing to Fischfrau – fish saleswomen who used a particular language, were rude and malicious, and wore a characteristic dark straw hat, jokingly called Flunderkiepe (“flounder basket”). 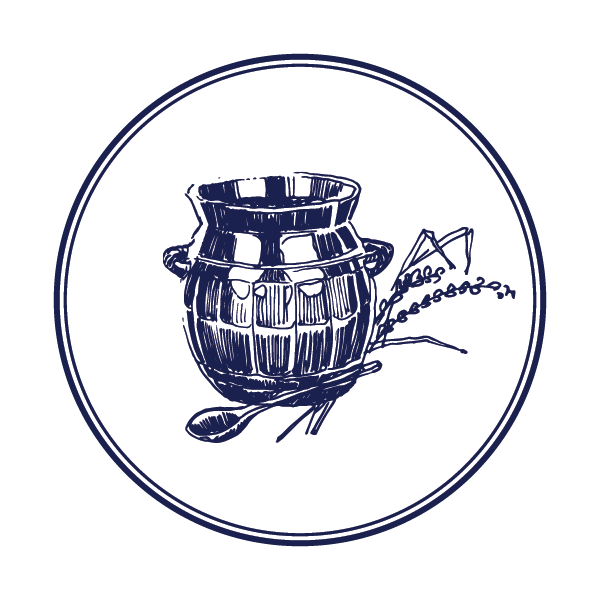 In the beginning the Butter Market was a beautiful square piazza surrounded by trees, and in its middle stood a scale. Here, The Four Butter Captains appointed by the City Council supervised the wholesale trade of butter. Over time, trade of stoneware clay butter pots began here, which gave the market its second name – The Pot Market. What is interesting, is that the retail trade of butter took place in different places, including Długi Targ (Long Market). 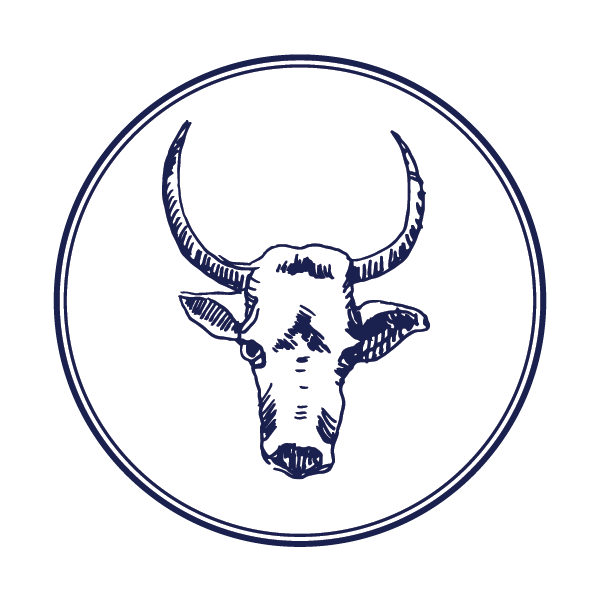 Initially named the Cattle, Horse or Oxen Market, after the animals, which were traded there. However due to the necessity of storing there hay; necessary for feeding these animals, the square gained a new name – Hay Market. 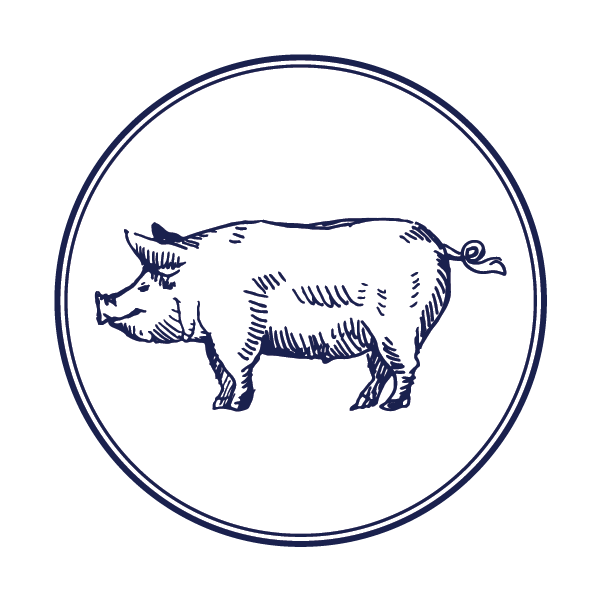 The Long Market was a trade route with an extension in the form of a market square where butter and bread were traded among others. In addition, every Saturday meat was sold from carts and between the Neptune Fountain and the City Hall, on the so-called Piglet Market, live piglets were traded, at times sheep. Numerous and strict rules applied there, which we find in the archives:

“shall not cut breast out, regardless of the type of bovine; shall not sell watery meat; oxen shall not have anything cut out, nor skins to be salted; pigs shall have only tongue and jowl cut out (…)”. 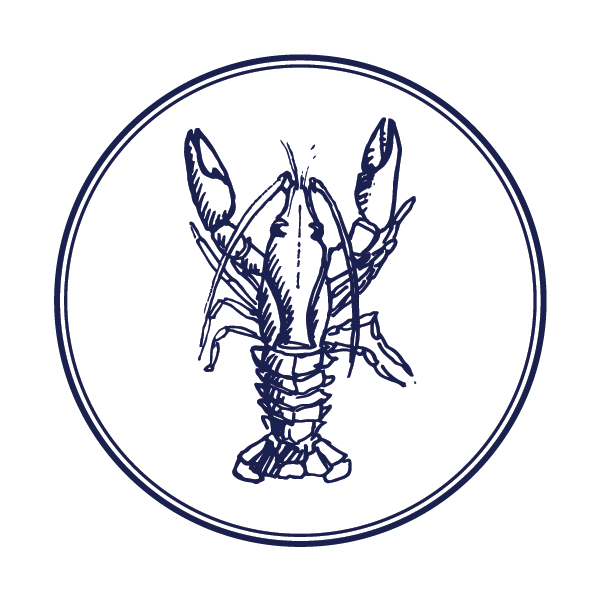 The crayfish traded here came primarily from the Kashubian rivers and lakes or from within the country, and were bought mainly for medicinal purposes: against heartburn and gastric acidosis. In the textbook from C. Ph. Funk from 1800 we can find information about a nobleman, who sold 6000 pounds, i.e. 2,7 tons of crayfish in Gdańsk. 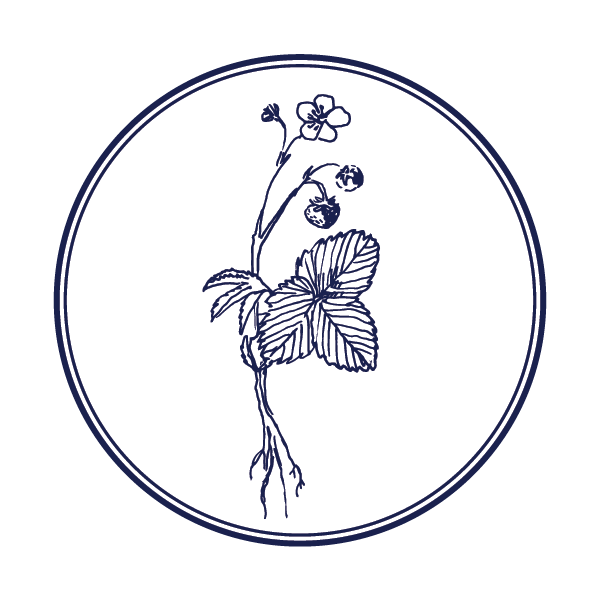 At first, charcoal and timber were traded at the site of today’s roundabout with the statue of king Jan III Sobieski. Later, every year in August, it was the site of St. Dominic’s fair, and the square would fill with stalls and funfairs, and in the 19th century also with travelling circuses. Between Szeroka and Św. Ducha streets, part of the market square called the Wild Strawberry Market, offered visitors strawberries, forest berries and mushrooms. 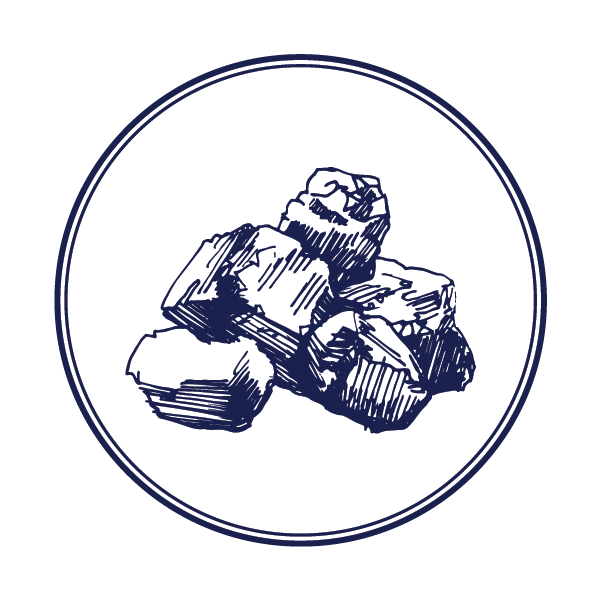 At the Coal Market, as the name suggests, coal was traded. However after the Dominican Fair has been moved outside the city walls, it gained a second name – Dominiksplan. During the fair one could find gingerbread vendors here. In the 17th century the western part of the Coal Market changed its name to Shlock Market, after this part of the square had changed into flea market. In the 19th century under the armory it gained the name of Pea Market – also from the goods traded here, of course. 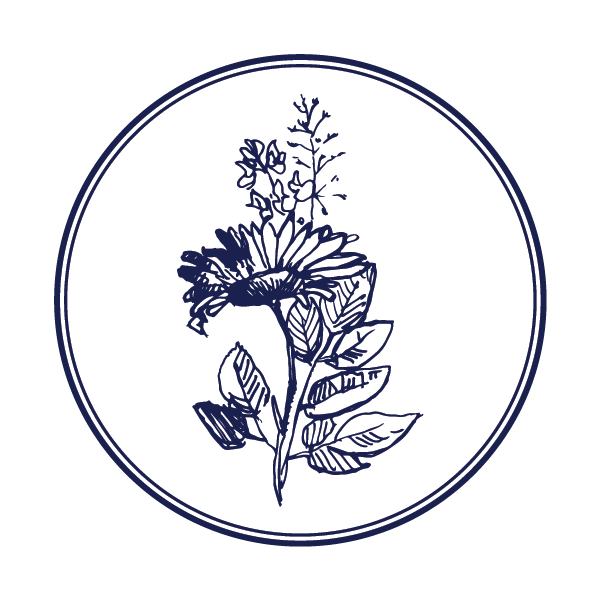 „Baskets with cabbage and milk pitchers the vendors carry to Targ Wąchany. They’ll sell all the weed in no time it seems, there is always bobbery here, quarrels and screams”. – Antoni Möller, 1601r. art painter from Gdańsk.

The Western part of Chlebnicka street and the Eastern part of Piwna street formed the Sniffer Market until 1853 r. It was the only such market in Europe with such an unusual name. Items that quickly would go bad and turn spoiled, such as vegetables, dairy and flowers were sold here. It stunk there and smelled nice at the same time. The freshness of many products was judged by the smell, hence the peculiar name. 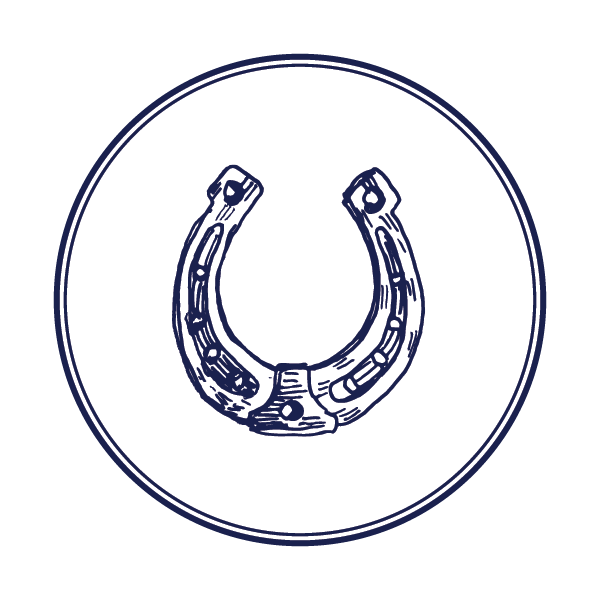 There were really many market places in Gdańsk and one could meet Kashubians almost on every one of them, in particular at the Kashubian Market—place where Madison Shopping Mall stands today. There were also markets in Gdańsk not related to food trade. Apart from the aforementioned flea market, near Żabi Kruk and Pod Zrębem in the 15th century there was a Lumber Market, where sawn timber was sold. We also know from the resolution of blacksmiths of small things that somewhere in the middle of Szeroka str. was the Iron Market, where locksmith items were traded. 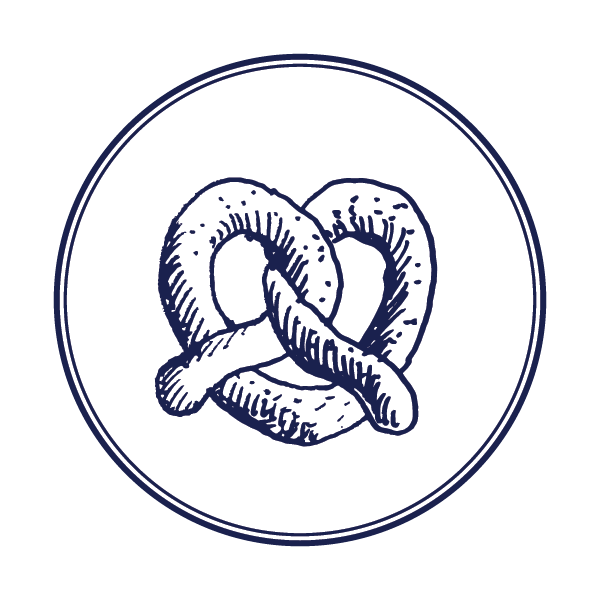 Bread in Gdańsk was sold in many places, but the best and of proper weight was on the Bread Benches. There were a total of 70 such benches in Gdańsk altogether (the most in Poland!) and thanks to the scales located in various parts of the city, which today are gone, the citizens could control the weight of the bread they bought.

Only the guild members had the right to sell at the benches. They were divided into Losbekiers, baking white, loose bread and Festbekiers, who baked dark and compact bread, bought mainly by the poor. 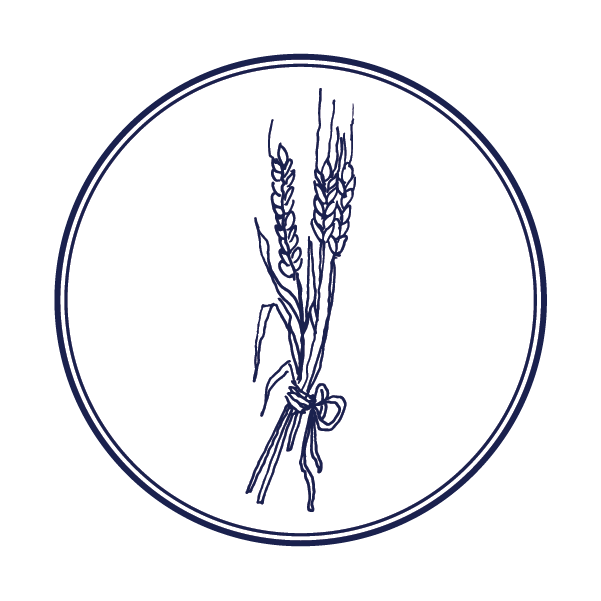 From mid 14th century in the middle of Św. Ducha street, bakers who were not members of the guild were allowed to sell bread at the Bread Market on Saturdays, free trade days.  The guild baker’s bread, which did not meet weight requirements, was also sold there.

“And we send every two weeks to the benches two of our elders, who look at the bread, if it is too small, this one they send back home, let it be carried to the market.” 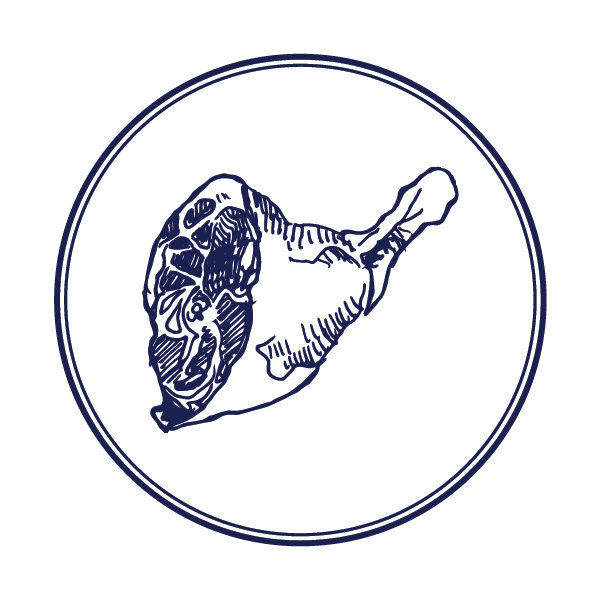 There were many meat benches, alike the bread benches in Gdańsk. The most famous ones were those of Prawe Miasto, between Mariacka street and Św. Ducha; they had as many as 79 shambles. They were set in rows and each row had its respective name, f.eg. the four rows at ul. Mariacka street held the following names: Plebański (meaning presbytorial – Pfarrseite), Żebraczy (meaning beggars: Elende Seite), Dominikański (in other words Dominican, Dominiksseite), Wodny (aquatic – Wasserseite). Only the guild butchers could have the benches. They also could be inherited (also by women), sold (priority of purchase belonged to the guild), but their mutual exchange was forbidden.  Meat could be bought at the shambles daily, not only on free trade days. In addition to these stalls, it could have been obtained also directly from butchers and peddlers. The price of meat was determined not by its weight but by its appearance – in so called “more or less” pieces. It was sold not only raw, but also baked, dried and smoked, because many shambles had a hearth. The so called Zuseher – usually two people selected by the guild, evaluated the freshness of meat in the shambles and held general control over overall sales. In 1896 all bench sales were transferred to the Market Hall (Hala Targowa). 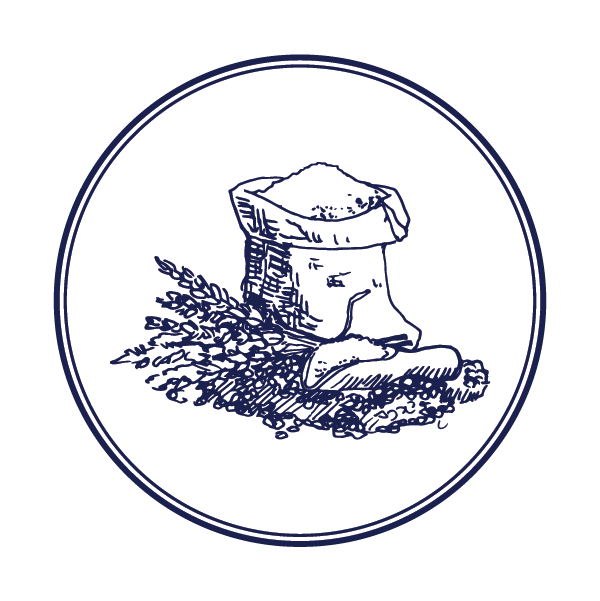 The first water grain mill built in this place by the Teutonic Knights in 1364 had burned down. Rebuilt and enlarged it later became the largest such facility in Europe. He had 18 water wheels and produced more than 200 tons of flour per day, from which in the outhouse next to the church of St. Catherine bread also was baked and sold. However in order to cover the city’s needs, it was necessary to build a second, smaller mill that only processed wheat and cereal. 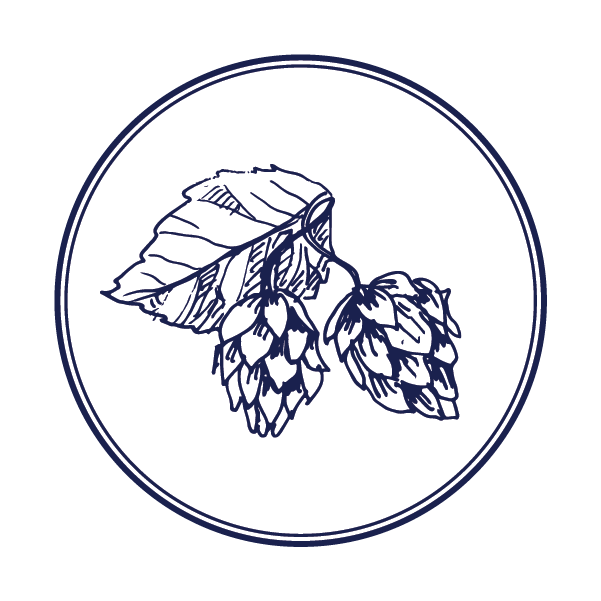 Korzenna street was known as Pieprzowa (Pepper str.) since 1399, later as the Pepper Town (Pieprzowe Miasto). It probably took its name most likely from Turkish pepper and ground paprika, both sold there. On Słodowników (malt) street there was, as the name suggests, a malt house. Malt was one of the key goods in former Gdańsk. At Chmielna str. numerous sheds were located there for storing hops. Because the water in the city was of poor quality, it was safer to drink beer out of hygienic reasons—and this was not lacking in Gdańsk. The suburbs were filled with 120 breweries, while 20 were located within the city including those on Piwna str., where since 1450 a great, dark, double-barrelled Gdańsk “Jopejskie” beer was produced. The name of Karpia street comes from the carps kept in metal cages submerged along the Radunia Canal, which were sold in large numbers in the city. And Warzywnicza street, previously Pietruszkowa (Parsley str.) owes its name to the vegetables sold there. 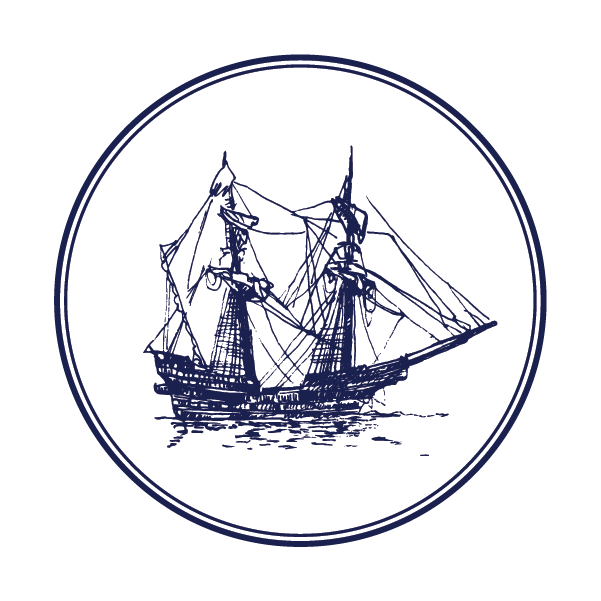 Gdańsk was an intersection of numerous water trade routes, both sea and river. Sea routes brought in numerous transports from other European and Baltic countries, the river delivered products from within the country and from southern countries, such as Hungary. Because of the goods from various parts of the world, Gdańsk cuisine differed severely from other Polish regional cuisines; it was rich in spices, products and influences from other cultures, combining it with Polish and regional products, traditions and recipes.

“In the Baltic Sea Gdańska was the largest recipient of western colonial goods and fabrics, as it received over half of the global deliveries registered in Sund.” – E. Cieślak.

“Regular shiping lines connected Gdańsk with over 90 ports around the world except Australia.” – A. Januszajtis, 2010, Gdański Król Żurawi.

This website uses cookies to improve your experience while you navigate through the website. Out of these cookies, the cookies that are categorized as necessary are stored on your browser as they are essential for the working of basic functionalities of the website. We also use third-party cookies that help us analyze and understand how you use this website. These cookies will be stored in your browser only with your consent. You also have the option to opt-out of these cookies. But opting out of some of these cookies may have an effect on your browsing experience.
Necessary Always Enabled
Necessary cookies are absolutely essential for the website to function properly. This category only includes cookies that ensures basic functionalities and security features of the website. These cookies do not store any personal information.
Non-necessary
Any cookies that may not be particularly necessary for the website to function and is used specifically to collect user personal data via analytics, ads, other embedded contents are termed as non-necessary cookies. It is mandatory to procure user consent prior to running these cookies on your website.
SAVE & ACCEPT